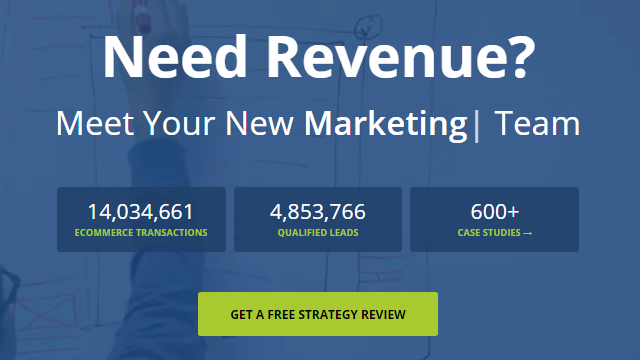 Coalition Technologies is one of the leading SEO & web design agencies in the United States. Our purpose is to provide exceptional online marketing services to a wide variety of clients and industries.

"We just wanted to take this opportunity to thank everyone at Coalition for your hard work and major efforts on our behalf to help us get our business back in the black. Getting our penalty removed and then building traffic has been a lifesaver."

We are a very satisfied client of Coalition Technologies. We run a luxury bakery and our traffic has increased and so has the quality of our leads. Over the last year, our sales are up 40%. Jordan and his team have been great to work with. After many bad experiences with other firms, we are finally happy.

Overall a great experience. In a few months we were ranking at the top of Google for our major keywords and our revenue has increased as a direct result. Their account manager has been very communicative with has also been a huge plus.

My firm receives a good amount of our business from our website via search engine optimization. The guys at Coalition have done a great job of maintaining my website and making content updates and SEO tweaks to help me get more leads. Thank you!

I hired this SEO team 2.5 years ago and have seen great results for my business. I love their communication and expert team members who take care of my work at good prices.

CoalitionTechnologies is a first rate Web Design and Devlopment company that has come through for me many times, always with fast, top-notch service, a great attitude and reasonable rates.

Coalition Technologies simply put, is just awesome. They are staffed with very friendly and knowledgeable people, so, if you're like me and "tech speak" is like chinese, then you'll be okay. Hopefully, you're shopping around for your first web designer to build you a site. Unfortunately for me, when I came to them, they were my third attempt. To say the least, I was skeptical and my wallet hat already taken a hit. Still, I gave them a shot and have received several compliments on the look of the site! It's still a relatively new site, and I understand that, so, time will tell what comes of it but as far as the people and the work that Coalition Tech did and still is doing for me, they are fantastic! Give them a shot and I promise you, you will not be dissapointed!